Lotsawa: The Eyes of the World

From A Prayer for Translators composed by Kyabje Trulzhik Rinpoche in 2005 and translated by Adam Pearcey.

The translator, as recognized by South Asian and Tibetan cultures, is the one who sees, and one who allows the world to see. In BDRC's mission to preserve and share the Dharma, we provide translators—a key node in the transmission of the Dharma—with essential resources, helping make their work possible. For many, translations of Buddhist texts are their first or main way of studying the Dharma. Translators rely on BDRC, and many readers of Buddhist texts rely on translators. 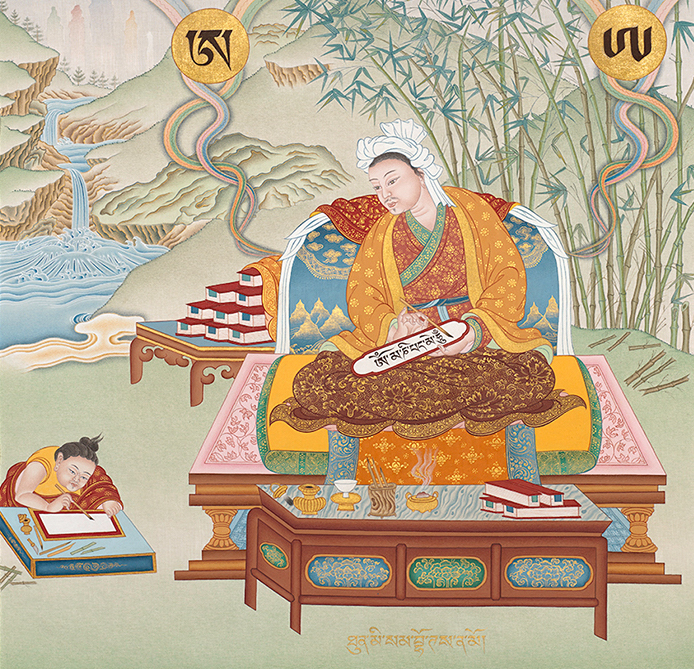 The first translator in recorded Tibetan history, Thonmi Sambhota, translated the words of the Buddha that were preserved in Indic texts, including the very first scriptures to appear in Tibet, said to have fallen from the sky onto the palace roof of an early Tibetan king. Image credit: Sahil Bhopal and Tashi Mannox.

To learn more about the work translators do, we reached out to three eminent modern translators working with the Tibetan Buddhist tradition to learn how they make use of the BDRC archive in their work and carry on the noble tradition of translation. Lotsawa Thupten Jinpa and Lotsawa Elizabeth Callahan spoke about how BDRC is an indispensable resource in their editorial and translation research.

"As a scholar working both in original Tibetan as well as on English translations of classical Tibetan and Buddhist texts, I rely heavily on my access to the amazing BDRC online library. When working on a text, translating or especially when writing an introductory essay for an anthology of Tibetan texts, such as those featured in The Library of Tibetan Classics series, I often have the BDRC online library logged on so I could do my research in a time efficient way. The ability to do a global search of texts in Tibetan makes the BDRC library, particularly, such an indispensable resource for scholars. I use this unique online library to do the initial literature review of an important topic or genre, identify the period and lineage affiliations of the Tibetan authors, and also compare important editions of texts. I can't imagine how I could have done so much of my writing both in Tibetan and in English, the most recent being Tsongkhapa: A Buddha in the Land of Snows, if I do not have the good fortune of working at a time when there is BDRC online library."

-Thupten Jinpa, Editor-in-Chief of The Library of Tibetan Classics

"Many translation conundrums can be resolved by consulting other editions of the same text so BDRC is one of the first, and often the only, resource that I use for locating other editions of the Tibetan texts I'm translating. Recently I was translating a text of instructions Milarepa gave to Gampopa. I wasn't able to find any editions of the text outside of Jamgön Kongtrul's Treasury of Precious Instructions, my source text, when I did a title search on BDRC. However, by searching on a string of words, I found that Milarepa had given almost identical instructions to Rechungpa, preserved in a text with a completely different title and in three different collections associated with the Drukpa Kagyu tradition. Comparing the two texts provided invaluable insights into the sense of the instructions and gave me variant readings that were often preferable. There's nothing worse than struggling over a seemingly difficult passage only to discover that the edition you're using is slightly corrupted. That's why we always need to consult other editions, particularly for older manuscripts."

When we asked him how he uses our library, he gave an example of the kind of research that BDRC makes possible, even in the Dordogne in France where he lives, hours away from the nearest university library:

"I have been exploring the history of the two versions of the tshe mdo (tshe dang ye shes dpag tu med pa'i mdo, Aparimitāyurjñānasūtra, Toh 674 and 675) in the various Kangyurs. One problem is that (as with some other important canonical works) there are no colophons to either text in any Kangyur. Nor is there much information in the catalogs of the various Kangyurs. There are, however, extra-canonical versions of the sūtra, particularly the version in the early twentieth century sgrub thabs kun btus collection, that do have a colophon—in which the translation is attributed to Puṇyasambhava and Patshap Nyima Drak.

I then discovered that there is one Kangyur catalog that does make this same attribution: the catalog of the early 18th century Narthang Kangyur. I had some doubts about this: why would this information not have been included by the scholar-editors of at least one of the other Kangyurs, earlier or later, over the centuries? The later editor of the Degé Kangyur makes a point, in his catalog, of saying that the translators are unknown.

An even greater doubt came from looking at the scans of the Narthang catalog, W22703, volume 102, folios 113.b-114.a (W22703-5912, page 256), where the entry for the "longer" and "shorter" sūtra are squashed up on the last line of one page as a seeming addition. If one reads it in order, Puṇyasambhava and Patshap Nyima Drak do seem to be mentioned as the translators, even if they are only mentioned on the next folio. But the Narthang Kangyur's versions of the texts themselves, in volume 93, are the same as in other Kangyurs—the two versions of the sūtra are reproduced without colophons.

Fortunately, the Narthang catalog is not the only source of information. The lineage record (gsan yig) of Minling Terchen Gyurme Dorje, and a commentary on the Tsédo by Tāranātha, both seem to confirm the sgrub thabs kun btus attribution of the sūtra to Patshap and Puṇyasambhava.

So the Narthang Kangyur may be "right", but it is probably only "right" by mistake. Yet it is only by looking at the scan of the xylograph print that I could have reached that conclusion."

By providing free access to multiple editions of Buddhist texts, we help translators conduct literature reviews, find variant readings, and get clarity on the meaning and history of the texts they're translating. Their painstaking work, supported by BDRC's library, benefits readers around the globe, who might not otherwise be able to study the Dharma in their native language. Making possible the critical work of Dharma translators such as Thupten Jinpa, Elizabeth Callahan, and John Canti, is one way we carry out our mission to connect Buddhist literature with the world. 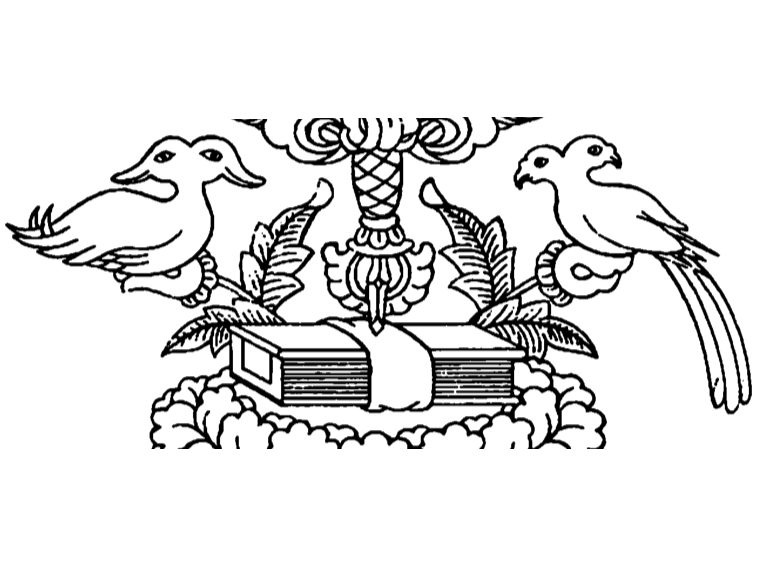 "The two-headed duck represents the great Indian master and translator from Kashmir, Vimalamitra, who was also invited to Tibet by Trisong Detsen. The two-headed parrot represents the great Tibetan translator and disciple of Padmasambhava, Vairocana. The two eyes and beaks of each bird, facing towards opposite directions, symbolize both the transmission of the Buddhist teachings from India into Tibet, and their translation from Sanskrit into Tibetan."
—Excerpt and image from The Handbook of Tibetan Buddhist Symbols by Robert Beer. Used with permission from Robert Beer and Shambhala Publications.