Since obtaining his Diplôme d'ingénieur in Télécom Bretagne (France), Élie has been excited to help cultural preservation through free software.

He first did so by creating a Gregorian Chant score engraving software that is now used by major publishing companies, encouraging the creation of a collaborative score repository and developing tools for the etymological hyphenation of liturgical latin.

Élie also developed free software for other issues he has a passion for, such as typography (with projects around LuaTeX), calendar calculation and astronomy (including the Tibetan Calendar), linguistics in general and Tibetan language in particular (Tibetan spellchecker, Tibetan collation, analysis and Unicode publication of parts of the Dunhuang corpus and publication of a verb database).

After 3 years developing a learning platform to train the French team for the International Olympiad in Informatics, Élie sees joining BDRC as a great opportunity to use and develop his skills and passion for the preservation of Buddhist teachings.

Dechen has an M.A. in Tibetan Studies from the Central University for Nationalities in Beijing and an M.A. in Anthropology from the University of California at Berkeley. She worked for two years at the East Asian Library at UC Berkeley, where she learned skills in cataloguing, reference service, and collection development. She also instructed college-level Chinese language classes in the Department of East Asian Languages and Cultures at UC Berkeley. For the past eight years, she worked for various insurance companies as Office Manager in charge of daily office operation, staff supervision, compliance issues, and account receivables.

With her tri-lingual fluency in Tibetan, Chinese and English, as well as academic training in Tibetan Studies and years of work experience as Office Manager, Dechen is well prepared for her current work at BDRC as Director of Administration to direct and coordinate the organization's operations and communications.

Chungdak joined BDRC in May 2009 and since then he has been working on cataloging works, creating outlines, mapping subjects such as persons and places records for all genres of Tibetan literatures.

Before joining BDRC, Chungdak was a lecturer of Tibetan Buddhist History and Philosophy at the Central University of Nationalities in Beijing for eight years. He also taught Chinese classes at the Higher Institute of Tibetan Buddhism founded by the 10th Panchen Lama in Beijing for four years. After moved to the U.S., he taught Tibetan reading classes at Columbia University in New York for four years.

Chungdak is an experienced translator of Tibetan Buddhism. He started his translator career when he was teaching at the Higher Institute of Tibetan Buddhism in Beijing. Serving as interpreter for many great Lamas of almost all of the Tibetan Buddhist traditions, he traveled to many places in China, and other countries in Southeast Asia and North America. He also translated, edited and authored numerous texts or articles on Tibetan Buddhism and Literature.

To pursue further studies, she left for India in 1989. She received novice vows from His Holiness The 14th Dalai Lama, and for a period of ten years studied and received Gelug teachings, mainly from Geshe Dupthob Rinpoche and many other masters. At the same time she studied Hindi language and the Vedas in Varanasi.

Kelsang moved to USA in 1999 and for a period of several years taught Tibetan and Buddhist philosophy to the son of Sogyal Rinpoche. During this time she also translated Sogyal Rinpoche's Tibetan Book of Living and Dying into Tibetan language with Rinku Tulku. In 2003, with the kind support of Alak Zenkar Rinpoche and Tashi Tsering, Kelsang joined the Buddhist Digital Resource Center (BDRC), formerly the Tibetan Buddhist Resource Center (TBRC). Under the guidance of Gene Smith, the founder of BDRC, she continued her study of Tibetan literature. Kelsang has taught Tibetan language and literature to many students. At present she is working as Librarian and cataloger at BDRC.

Jim Katz is a lifelong New Englander who moved to Boston to pursue a music career, but found software development a more difficult, yet more relevant challenge.

Earning his BA in Computer Science from University of Massachusetts, Boston in 1985, he began software development in the twilight of the minicomputer era. Since 2000, he has developed and created web applications in finance, government, and life sciences, acting as a team lead and manager at several points. He recently designed and implemented a workflow management platform for translation of an online clinical library into Mandarin.

A long-time practitioner in the Shambhala lineage, Jim has assisted and consulted on some of their internal IT projects. After consulting for BDRC in 2017 to work on uploading BDRC's holdings to Harvard University's digital archives, he joined BDRC full-time in 2018 to facilitate the coordination of BDRC's technical activities.

Jim sees the chance to strengthen the internal operations of BDRC as an auspicious opportunity to repay and continue the devoted work of those who make these profound treasures available.

Karma Gongde has worked with BDRC to catalog and create outlines for its vast collection of Tibetan texts since 2007. He also maintains the English and Hindi language collection of books at BDRC.

Karma received an Acharya (M.A.) degree in Buddhist philosophy and Tibetan language in 1991 and a Bachelor of Education (B.Ed.) degree in 1992 from the Central University of Tibetan Studies (CUTS) in Sarnath, Varanasi, India. He studied extensively with his first cousin, the late Ven. Pema Gyaltsen, who was the Tibetan Language Department Chair at CUTS from 1982 to 2001.

As a Post-Graduate Teacher in the Central School for Tibetans (CST), Karma taught Tibetan language, poetry, and history; the history of Buddhism; and Buddhist dialectics and philosophy at CST Mundgod, Gurupura, and Dolanji (1992-1997).

From 1997 to 2002 he was a Research Assistant in the CIHTS Dictionary Unit, working with Chief Editor J.S. Negi to compile references, check Tibetan equivalents, and proofread Vols. 5-11 of the 16-volume Tibetan-Sanskrit Dictionary. He taught supplementary classes in Tibetan grammar, poetry, and prose for graduate and undergraduate students at CIHTS.

Since moving to the USA in 2002, Karma has taught Tibetan language as co-instructor of the summer Tibetan language intensive at Padma Samye Ling, a retreat center in upstate NY; as a Language Partner in the Directed Independent Language Study (DILS) at Yale University; and as a tutor to individual students. He has proofread and corrected texts for Asian Classics Input Project (ACIP) and worked on translation projects for authors Mikel Dunham and Douglas Veenhof. 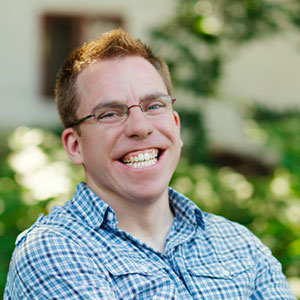 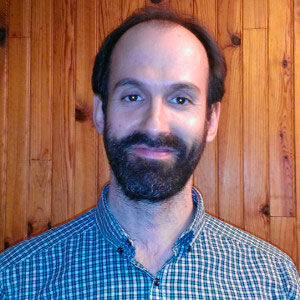 Nicolas Berger holds a PhD in Computer Science from the University of Nantes, France, where he has spent 4 years both researching at the Laboratoire d'Informatique de Nantes-Atlantique and teaching at the Faculty of Science and Technology. His specialization in the field of Constraint Programming has lead him to focus on the design of specific yet simple algorithmic languages in a variety of topics including web development. As a freelance web developer since 2012, he has been working with graphic designers and communication agencies from France to Japan through Switzerland, where his expertise in development has constantly been much appreciated.

More than fifteen years of interest in Buddhism give Nicolas a deep motivation for helping BDRC achieve its mission of preserving and disseminating Buddhist literature. Being personally interested in directly studying Pali, Chinese and Tibetan original sources, working on BDRC's Buddhist Universal Digital Archive (BUDA) project is like a dream come true! Developing BUDA also provides an opportunity to significantly advance Semantic Web technology, another field of research that interests him. Putting the most recent technologies at the service of the most ancient wisdom moves Nicolas close to the center of his own ikigai, "the reason for which you get up in the morning".

Ngawang Trinley was born in a mountain farm in Provence, France. As a young child, he was enrolled in a Buddhist school there, where he also looked after cows for several years. When he was 16, he left behind his cows and went to India to study Tibetan language, philosophy, medicine, and Kalachakra cosmology and astronomy.

After eight years of study, he was encharged with the library at the College of Buddhist Sciences in Sherabling, where he also taught Tibetan language to Tibetan monastics. The following years, he was a lecturer (in Tibetan) for cosmology and astronomy. This work was instrumental in introducing modern teaching methodology to the college; due to the positive results, those teaching methods continue there to this day. Beyond that, Ngawang Trinley was involved as the editor and publisher of the yearly almanac and over 15 Buddhist books on medicine, astrology, grammar, poetry, and caligraphy for the monastery, while also translating English-to-Tibetan for astronomy papers and portions of anatomy textbooks.

Ngawang Trinley co-founded Esukhia in 2009, where he is currently the director of the branch in India; he also serves as a member of the Board of Directors. As the Executive Director and co-founder, he's involved in every aspect of the organization, including but not limited to: project oversight and direction, such as for the proofreading and editing of the digital edition of the Derge Kangyur for the 84000 initiative; grant and project proposals; media relations; translation, transcription, and other editing/proofreading projects; supervision of the creation of translation tools, such as a real-time collaborative online environment for translation work, proofreading software and tools, and a Tibetan language spell-check; the development of teaching Tibetan as a Second Language; and much more.

Moreover, he's participated in, and spoken at, several conferences held in the Tibetan language. He has also been an invited guest to other meetings of import, such as those held by Khyentse Rinpoche at the 2012 meetings of the Khyentse Foundation in Bodhgaya.

As the digitization project manager, NT is in charge of digitizing texts (scans and etexts) and creating and maintaining relationships with users and partners.

Tom's first major job in Bangkok, after moving to the city from Kamphaeng Phet, the province where he was born, was as a file clerk at the Orderly Departure Program for Vietnamese refugees, which operated under the auspices of the Embassy of the United States. He worked at this from 1990 until 1998.

After the contract for that project expired, Tom worked with Peter Skilling helping to arrange and scan palm leaf manuscripts of Buddhist materials from Myanmar for Reiyukai , a Japanese foundation with offices in Kathmandu, Nepal. This work continued for ten years until the operation was taken over by BDRC in late 2016. Tom is currently a manager Scanning at BDRC, overseeing a staff to clean, process and scan manuscripts for the BDRC Project.