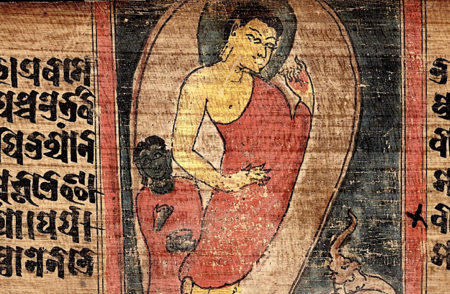 With the support of the Robert H. N. Ho Foundation, BDRC will begin preserving and making accessible Sanskrit and Chinese texts.

Speaking to the importance of Sanskrit and Chinese Buddhist Library Network in a recent interview with the Paper News, Dr. He had the following comments:

In the past century, the mainstream studies of European and American Buddhist scholars have tended to use Sanskrit and Tibetan literature as the basic material, and to emphasize on the comparative study of Indian Buddhism and Tibetan Buddhism. The studies based on Chinese Buddhist literatures have not received enough attention. This approach has certain historical and social reasons, but mainly because the international distribution channels of Chinese Buddhist literature are very narrow. For example, some commonly used words in the international academic context such as "Guanyin 观音", "Fa 法", and "Chan 禅" are generally written as "Avalokiteshvara", "Dharma" and 'Zen", the first two words are in Sanskrit and the last word is in Japanese. In recent years, although many scholars have advocated the use of Chinese phonetic alphabet to express such vocabulary, but it is only limited to the scope of some Chinese Buddhist studies, and is not generally accepted in the fields of Indian, Tibetan, Japanese Buddhist Studies.

The Sanskrit and Chinese Buddhist Library Network will become a central hub of both scanned and searchable Buddhist e-texts. In the next three years, we will identify, classify, and link existing digital collections. To describe and manage these digital texts, we will implement a state-of-the-art digital repository based on semantic web and linked open data. This effort will generate more than 500,000 digital objects connected by more than 2,000,000 relationships which can be mined and analyzed by scholars and researchers. These objects and relationships will create a rich and interlinked cultural heritage database. 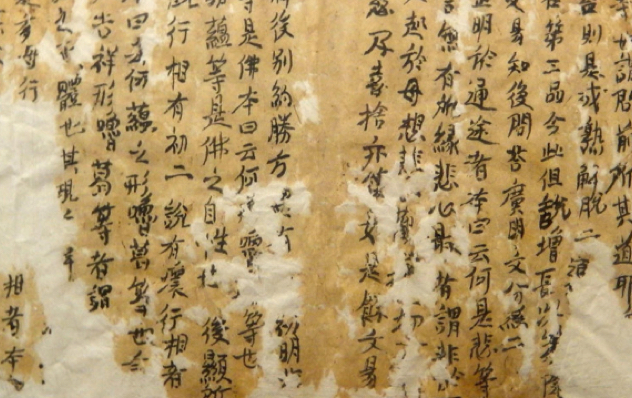 By greatly expanding access to source texts, the Sanskrit and Chinese Buddhist Library will engender new levels of scholarly exchange. It will allow for comparative search and study of texts across languages, accelerate translation from source texts into new languages, and will provide a quantum leap of tools and resources for Buddhist Studies.

The digital data created through the program will be available for academic and public access. In addition, all materials digitized and metadata records created as part of the Sanskrit and Chinese Buddhist Library program will be stored in a long-term preservation program at Harvard University Digital Repository Service, thus ensuring their accessibility for current and future generations.

We are grateful to The Robert H. N. Ho Family Foundation for funding this effort. The Robert H.N. Ho Family Foundation, with its commitment to developing a Buddhist Learning Network that furthers Buddhist scholarship and enhances its global impact, makes an excellent and compelling partner for the initiative. Sanskrit and Chinese Buddhist Library Network is a key strategy that will complement our Pali and Southeast Asian Library Network funded by Khyentse Foundation, and our current Tibetan Manuscript Preservation Program.

The Buddhist Digital Resource Center is a 501(c)(3) nonprofit organization dedicated to seeking out, preserving, organizing, and disseminating Buddhist literature. Joining digital technology with scholarship, BDRC ensures that the ancient wisdom and cultural treasures of the Buddhist literary tradition are not lost, but are made available for future generations.

BDRC was founded as Tibetan Buddhist Resource Center in 1999 by E. Gene Smith (1936-2010). For the past seventeen years, we have sought out, digitized, cataloged and archived nearly 12 million pages of culturally significant works in Tibetan, Sanskrit and Mongolian languages, while developing cutting-edge technology for their lasting preservation and far-reaching accessibility.  As the result of this effort, we have raised the Tibetan literary corpus, once critically endangered, to a high level of preservation.

All our text and metadata resources are stored in a long-term preservation program at Harvard University Digital Repository Service. Our library has become the premier library resource serving an international community of academic scholars, religious leaders, Tibetan scholars, as well as translators, publishers and the interested public. TBRC's impact on the field of Tibetan studies in the past seventeen years is significant.

Now, at the request of our Board, as well as our partners and collaborators in the Buddhist studies field, we have expanded our mission to include the preservation and dissemination of the many Buddhist literary traditions that, due to shifting social and environmental factors, remain in a precarious position. A broadened preservation mandate for the Buddhist Digital Resource Center (BDRC) was thus established in order to bring the expertise and resources of its seventeen year history to bear in this most pressing preservation task. As of July, 2016, the official name of TBRC has been changed to BDRC to reflect our expanded mission.

By greatly expanding access to source texts, the Sanskrit and Chinese Buddhist Library will engender new levels of scholarly exchange.

The Robert H. N. Ho Family Foundation is an independent philanthropic organisation based in Hong Kong. The Foundation's dual mission is to foster appreciation of Chinese arts and culture to advance global learning and to cultivate deeper understanding of Buddhism in the context of contemporary life.