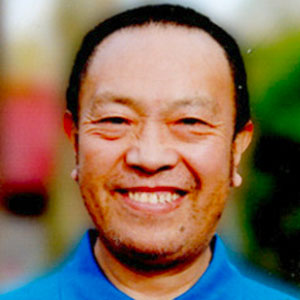 Tudeng Nima Rinpoche (Alak Zenkar Rinpoche) was born in 1943 in Pal Lhakhang, Sichuan, China. He has made outstanding contributions to Tibetan culture and education and is renowned as one of the world's leading Tibetan Buddhist scholars. For the past forty years Tudeng Nima Rinpoche sought out, preserved and published thousands of volumes of Nyingma, Sakya, Kagyu, Geluk, Jonang and Bon literature.

Since the inception of the Tibetan Buddhist Resource Center (TBRC) in 1999, Tudeng Nima Rinpoche has served as a board member.