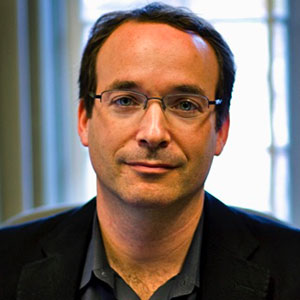 Andrew Quintman is a scholar of Buddhist traditions in Tibet and the Himalaya, and Associate Professor in the Department of Religion at Wesleyan University. He writes, teaches, and lectures about Buddhist literature and history, sacred geography and pilgrimage, and visual cultures of the wider Himalaya. His work addresses the intersections of Buddhist literary production, circulation, and reception; the reciprocal influences of textual and visual narratives; and the formation of religious subjectivities and institutional identities. His book, The Yogin and the Madman: Reading the Biographical Corpus of Tibet's Great Saint Milarepa (Columbia University Press 2014), won the American Academy of Religion's 2014 Award for Excellence in the Study of Religion, the 2015 Heyman Prize for outstanding scholarship from Yale University, and received honorable mention for the 2016 E. Gene Smith Book Prize at the Association of Asian Studies. In 2010, his new English translation of the Life of Milarepa was published by Penguin Classics. He is currently writing a history of Drakar Taso Monastery that explores Buddhist religious and literary culture in the borderlands of Tibet and Nepal. He also co-directs a project on the Life of the Buddha through visual and literary materials associated with Tāranātha's seventeenth-century Jonang Phuntsokling Monastery in western Tibet.